Now making its Pre-Broadway Premiere, The Cher Show, is playing at the Oriental Theatre through July 15. Cher is such a huge superstar, it takes a cast of three women into play her. The three represent Cher as a young girl, Cher as a little older and Cher, older still who talk and sing to each other throughout the show. And it works. For six straight decades, Cher was the “Queen of Pop” who was won the trifecta in the entertainment industry: a Grammy®, an Oscar®, and an Emmy®. Thanks to the imaginative designs of Bob Mackie, outlandish costumes became her signature mark on TV, live shows and everywhere she went. And the costumes themselves take on star power throughout the show!

The Cher Show is her story, taking the audience through her rags to riches story, two rock-star husbands, a devoted mother and 35 smash hits as well as high energy dancing. The audience gets a peek into Cher’s life beyond the stage with sets and costumes featuring so much glitter and sparkle, you need sunglasses to watch. The Cher Show is one fabulous evening of non-stop Broadway at its best! 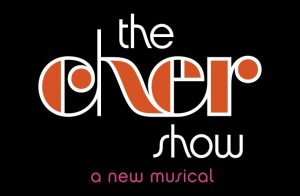 John Leguizamo’s Latin History for Morons Review – A Must See

December 10, 2017 Eucarol Juarez Entertainment 0
Spread the love
Spread the loveI had the pleasure of seeing Gobsmacked! Opening night on December 5th. Although it was in Chicago for only a limited five-day engagement from December 5-10, you can catch it in another city near you. […]

BEAUTIFUL: THE CAROLE KING MUSICAL at the Cadillac Palace Theatre, Review – Some Kind of Wonderful