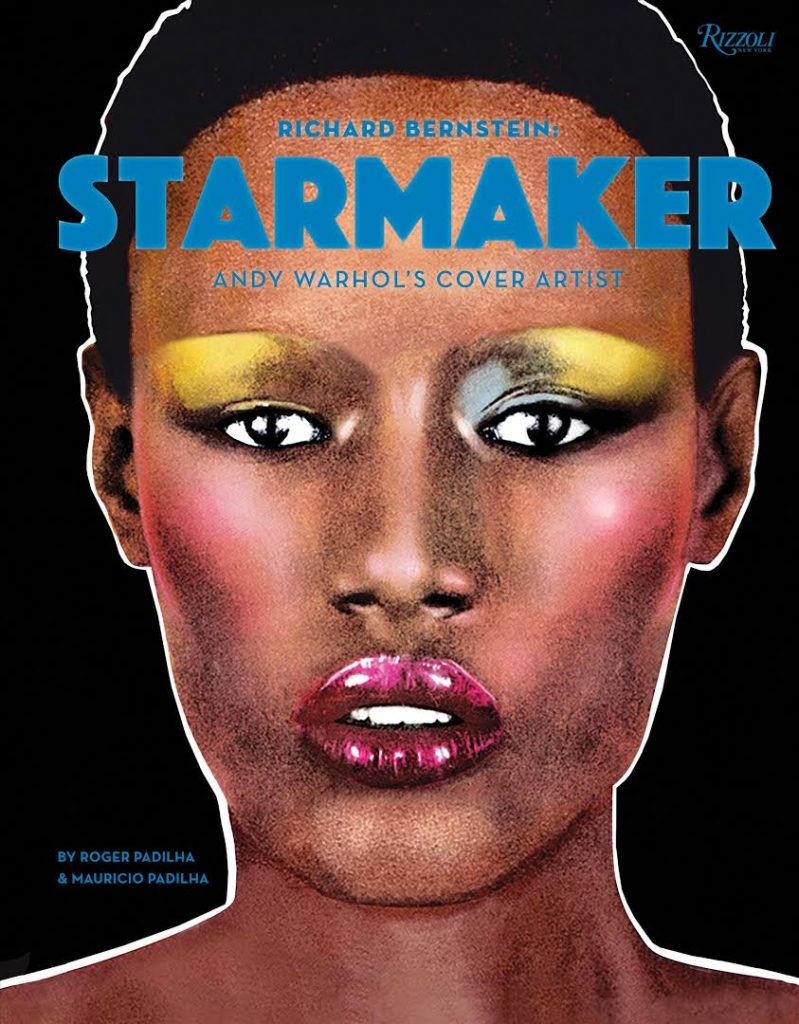 The PUBLIC Arts concert hall at Ian Schrager’s PUBLIC Hotel was decorated from wall to wall with enlarged artwork and cut outs of Bernstein’s iconic celebrity portraits; they graced the covers of Interview Magazines from 1972 to 1989.  As you walked into the space, you were immediately transported back in time to the lavish tumultuary of the mid to late 1970’s NYC nightlife scene.  On the stage, behind red velvet ropes, the decadence of the legendary VIP room at Studio 54 was recreated with performers resembling Liza Minnelli, Divine, Halston, Pat Ast, Jerry Hall and Grace Jones, dancing and partying the night away, while gorgeous scantily clad bus boys furnished bottle service of Svedka Vodka and champagne. 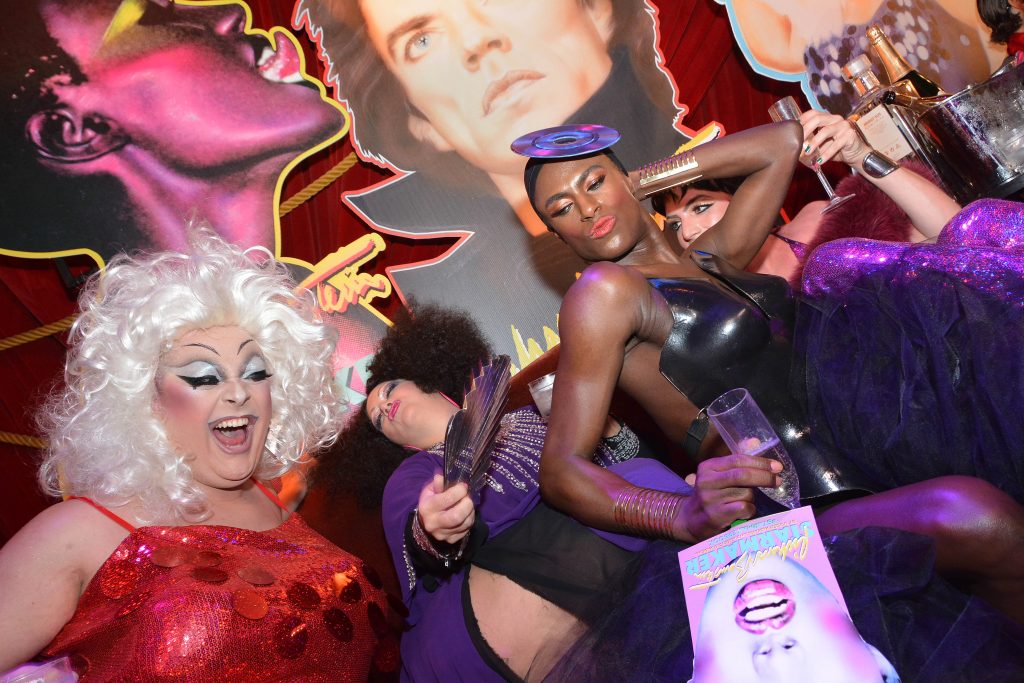 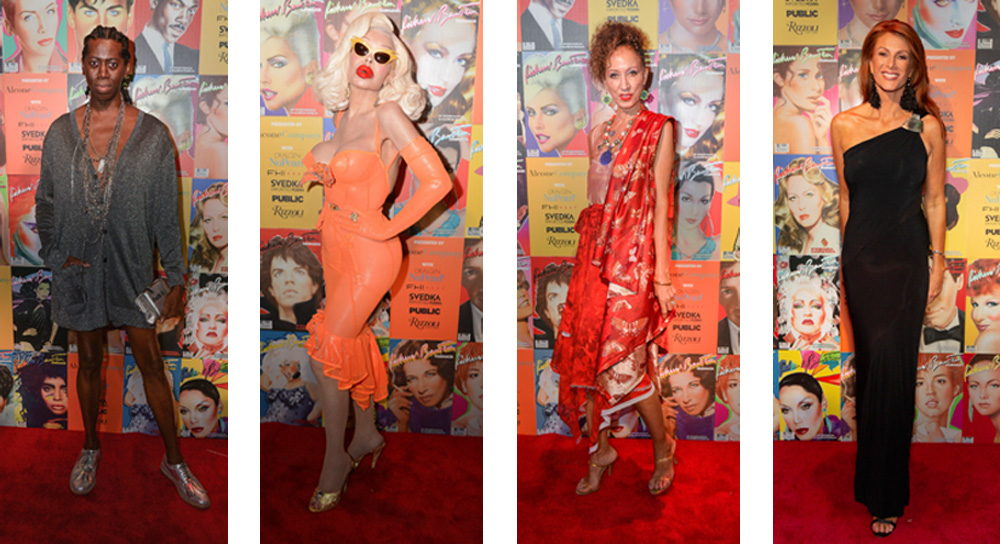 When asked why both he and his brother chose Richard Bernstein as their latest literary subject, Mauricio Padilha said: “Roger and I were obsessed with the covers of Andy Warhol’s Interview magazine when we were kids, so it has always been on our list of books to do”.  And when asked for he and Roger’s inspiration behind the flash back to Studio 54 party theme: “Richard Bernstein loved and pretty much lived in Studio 54, so of course we thought he would have wanted to recreate it to celebrate this book launch.”  And celebrate we did! 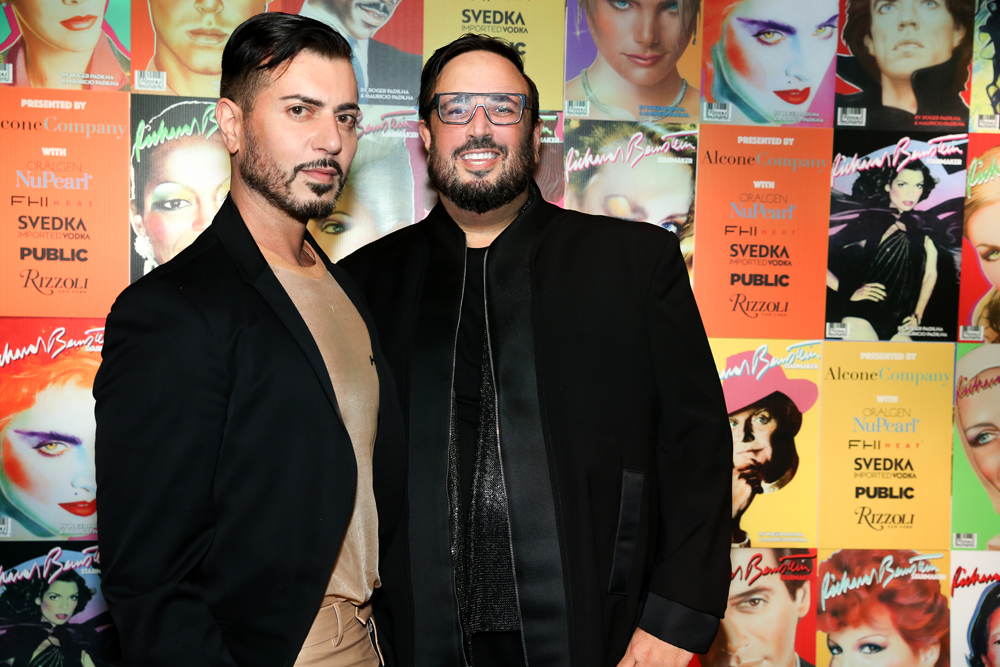 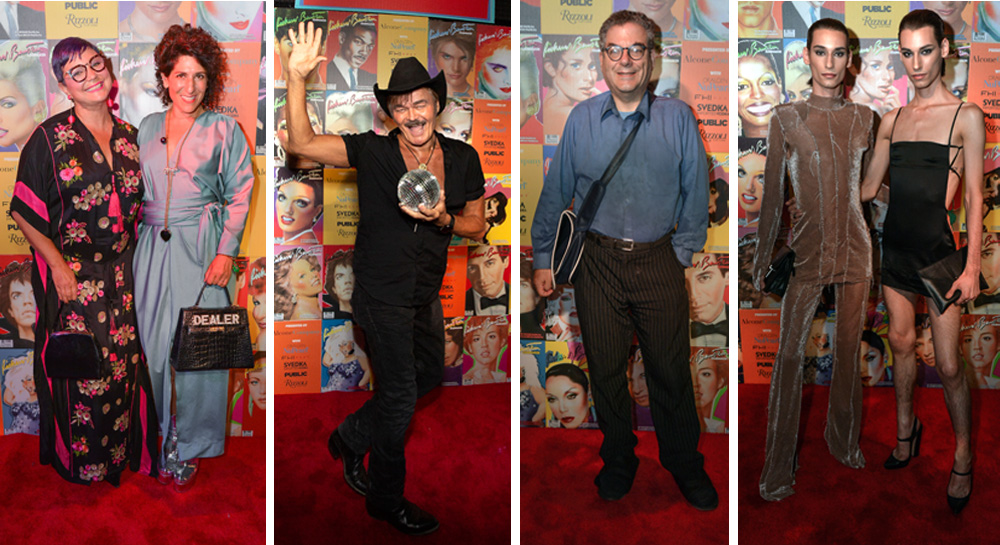 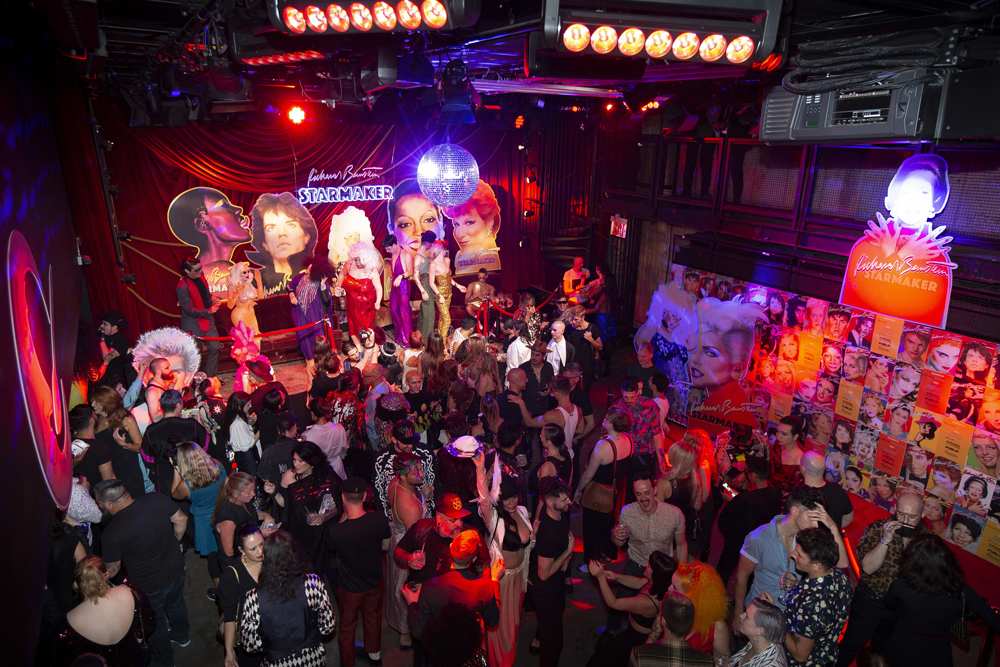 While chatting during the evening with Angie Everhart, I asked how she ended up in New York for the party, and she replied: “I’m a spokesperson for Oralgen, this party is all about celebrating iconic celebrity portraits, and flashing a dazzling smile is what it’s all about.  So, it made sense, and I am having a FABULOUS time!” 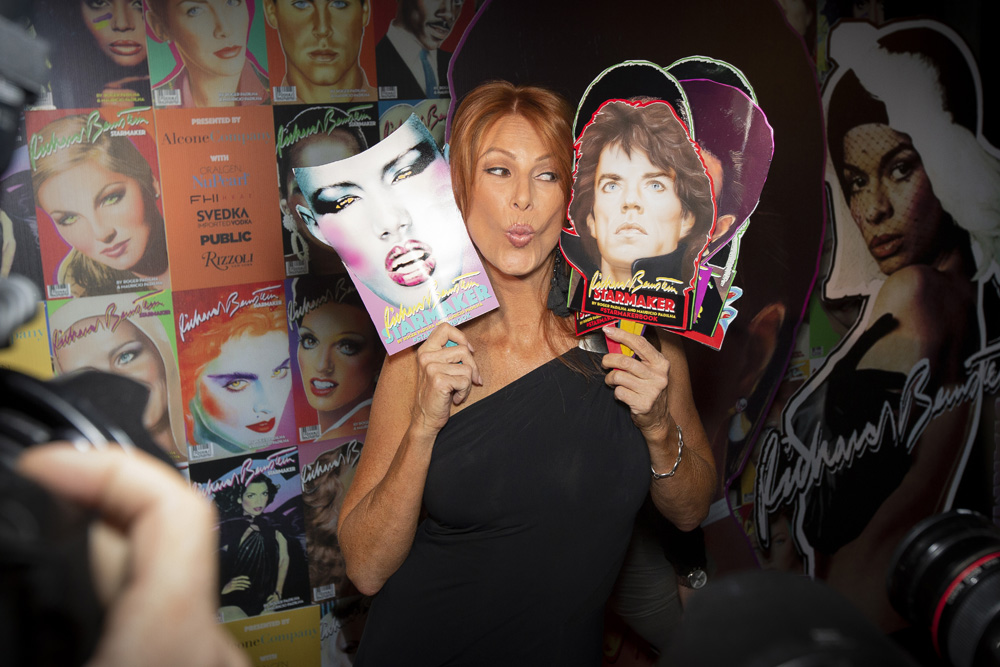